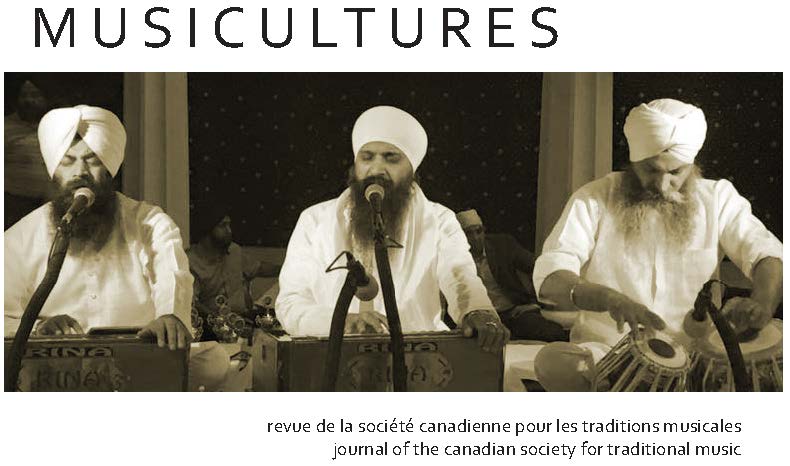 46 (2): An unofficial issue on the environment with a special introduction by Aaron S. Allen and Jeff Todd Titon

The Canadian Society for Traditional Music is dedicated to the study and promotion of musical traditions of all communities and cultures, in all their aspects. The scope of the Society's activities is intended to reflect the interests of all its members, including ethnomusicologists, folklorists, performers, music enthusiasts, and the music community at large.

Formed in 1956 as the Canadian Folk Music Society by the eminent ethnographer and folklorist Marius Barbeau, the Society provides a national focus for lovers of diverse musical traditions, with annual conferences held in all regions of the country, from St. John's, Newfoundland, to Vancouver Island, British Columbia. From its initial focus upon First Nations and rural French and English cultures, the Society has broadened its horizons to encompass musical expressions found throughout Canada and the world.

Connect with us on Social Media